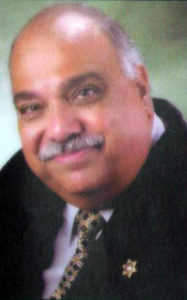 Rev Elie In ministry some 35 years. Elie Elbayadi speaks at churches, conferences, and prisons all over the world, specializing in the Gospel and the truth about Islam. He has appeared on television and radio in many nations. Born in Giza, Egypt, he received a B.Div from Cairo Theological Seminary in |97|, and a B.A. from Cairo University in |98|. He received his M.A. in Cross- cultural and Islamic Studies from Fuller Theological Seminary in I998. His ministry has been recognized with honorary Ph.Ds from Trinity International University (U.S.) and Faith Christian University (Nigeria). He was associate pastor of two churches in Egypt before coming to the U.S. He founded MEO in l99I as a domestic ministry of Campus Crusade for Christ. MEO began its international outreach in l995 and prison ministry in I997. As a volunteer; he is a Chaplain Colonel recognized by the U.S. Advisory Committee on Religious Ministry in Prisons. He has been married to his dear wife and partner Alice since 1973.